Denham Procurement & Sourcing Solutions were appointed by a long-term dental education client to negotiate the leases on three existing buildings which were being transferred into the organisation following the demise of Primary Care Trusts.

The leases were for premises in three locations. Two of them were integral parts of existing hospital Trusts in Exeter and Truro. The other was a specialist dental education facility in Plymouth.

Truro was the most straightforward and involved the assignment of the existing lease from the PCT to our client’s organisation. We were able to assist our client in reducing the service charges by better understanding how they used the space they occupied and demonstrating to the Trust that the service costs proportions were not in line with how the building was being used by the respective parties. We also negotiated an access clause/arrangement which had been an ongoing cause of frustration and minor conflict.

Exeter was not as simple as Truro, but simple in comparison to Plymouth. Our client needed to lease the space for a further 15-18 months as they were due to refurbish an existing building into a specialist dental education facility. The Trust were looking for a new lease for a period of 15-18 months which would have incurred significant legal costs for our client. We agreed a very simple contract between the parties and agreed to sell the Trust the existing dental chairs at the end of the tenure. The negotiated compromise saved in excess of £10k of legal fees, sold £64k of dental chairs to the Trust which provided a saving to both organisations. By not removing the existing dental chairs, our client would not incur any dilapidation costs, were not paying additional rent whilst the chairs were removed and did not have to pay for any reinstatement following removal.

Plymouth was particularly complex and involved multiple issues which were successfully negotiated with the landlord. The building was less than 5 years old but had come with several latent defects including a significant roof leak. It was our view that the rent was not in line with rents in the area for similar building. In additional to negotiating the rent, agreeing a substantial rent free period to cover the cost of the roof repair/replacement, we also negotiated the break clauses, opt to tax provision and many other clauses. All whilst maintain an excellent working relationship with the landlords.


“ “Denham Procurement & Sourcing Solutions really have earnt their fee on this one! Plymouth took some time and effort, but reduced our cost of ownership by in excess of £1,000,000. Also, the roof doesn’t leak! Thank-you.”

Always ON. These cookies are essential for website functionality. They cannot be disabled by using this tool. 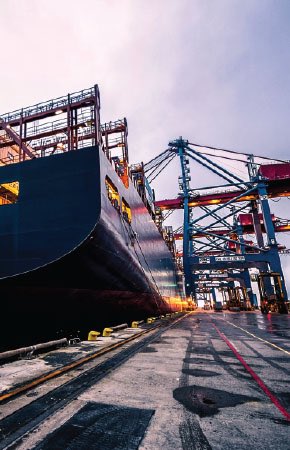 Helping your business to improve profitability and win more work!